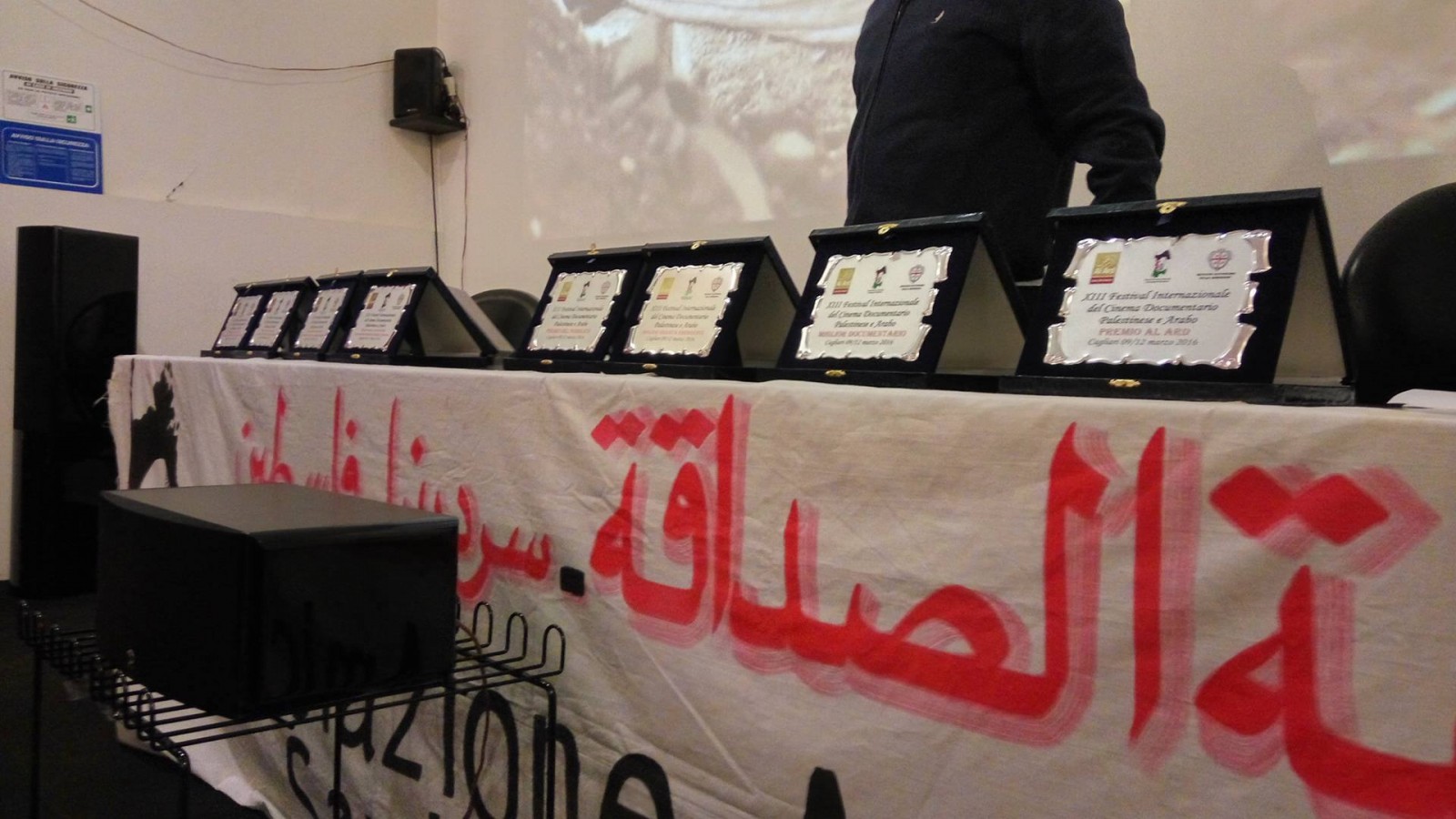 Met on 12 March 2016 to evaluate documentaries and movies from the XIII Ed. of Al Ard Doc Film Festival and, after a deep analysis and discussion they decided to award the following documentaries:

– “Nun wa Zaytun” by Emtiaz Diab as the Best Documentary;
because it shows the condition of millions of human beings using a poetical narration, and blends elements of popular and high culture through a modern perspective.
– “The living of the pigeons” by Baha’ Abu Shanab as the Best Movie on Palestine (Al Ard Award); because it catches the attention of the audience offering an example of the real condition of the Palestinian people and focusing on the systematic state of oppression and daily humiliation.
– “To my mother” by Ahmad al-Bazz e Yasser Jodallah won the prize for the Best Emerging Director;
because it easily tells the story of the Palestinians thruoughout the personal story of the author,
The documentary is a call for the unity of Palestinian people. “Pain will not destroy us”.
Al Ard Jury also decided to assign a special mention to the following movies: